MUMBAI and TORONTO, April 18, 2022 /PRNewswire/ - QYOU Media Inc. (TSXV: QYOU) (OTCQB: QYOUF) has announced that The Q India, the company's Hindi language youth oriented channel, now available in over 125 million TV households and to over 680 million users via OTT, mobile and app based platforms in India, has recorded a new high ratings mark of 54 Gross Ratings Points (GRP) as measured by BARC, the "Nielsen of India".  Weekly audience size grew to 113 million viewers who spent an average Time Spent Viewing (TSV) of 89 minutes. The company had previously announced renewal of the carriage agreement with key distribution partner DD Free Dish and anticipated the possibility of improved viewership results based on changes in the distribution line up on this key platform. 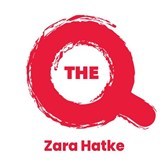 With a growing library of licensed and original programming featuring stars from the worlds for digital and social video, The Q's Hindi language channel currently reaches a growing audience of well over 100 million people weekly.  Distribution partners in broadcast television serving over 125 million homes include DD Free Dish, TATA Sky, Airtel DTH, DISH TV, Hathaway, GTPL & SitiNetworks. The company has recently launched the new broadcast channel The Q Marathi to expand on the format for the 85 million native Marathi speakers in India.

Digital, mobile and app based distribution partners reach over 680 million users and includes JioTV, MX Player, Chingari, Airtel Xtreme & SNAP.  The company has also begun a strong push into the rapidly growing market of connected TV's and FAST channels with the launch and announcement of new channel brands The Q Kahaniyan and The Q Comedistaan.  Partners on these platforms include Samsung TV Plus, Xiomi Patchwall and Amazon FireStick.

Curt Marvis, Co-Founder and CEO of QYOU Media commented, "It is gratifying to see our ratings improve significantly over the last week. While there is still much work to be done to solidify these ratings further, we are confident that we can build on this initial surge throughout the course of 2022 and grow revenues alongside with this added audience base.  An additional key to our growth this year is leveraging the success of our flagship Hindi channel to further propel the success of our new channel launches with The Q Marathi, The Q Kahaniyan and The Q Comedistaan. It is a great way to jumpstart Q2 2022 with our highest ratings mark in history."

QYOU Media operates in India and the United States producing and distributing content created by social media and digital content stars and creators. In India, via our flagship brand, The Q and the recently launched The Q Marathi and The Q Kahaniyan, we curate, produce and distribute premium content including television networks and VOD for cable and satellite television, OTT,  mobile, smart TV's and app based platforms. Our India based influencer marketing division, Chtrbox, is among India's leading influencer marketing platforms connecting brands and social media influencers. In the United States, we create and manage influencer marketing campaigns for major film studios, game publishers and brands. Founded and created by industry veterans from Lionsgate, MTV, Disney and Sony, QYOU Media's millennial and Gen Z-focused content reaches more than one billion consumers around the world every month.  Experience our work at www.qyoumedia.com and www.theq.tv